Saybrook in the 21st Century 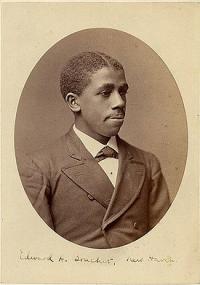 In 1998, the University recognized that each college would need a complete renovation in order to comply with modern fire codes, accessibility requirements, and to rebuild infrastructure. Wisely, the University decided that such a renovation could also provide the opportunity to review the programmatic spaces of each college, and that such a renovation could not be accomplished over summers. Accordingly, the new “swing space dormitory” opened in 1998 in order that Berkeley College be renovated over the course of an academic year and two summers. Branford College followed, and then the renovation of Saybrook took place during 2000-2001.

Two generous alumni, Holcombe T. Green Jr., Class of 1961, and Joshua Bekenstein, Class of 1980, established challenge grants of $10 million each, and provided leadership for the roughly $40 million project of renovating Saybrook. A Boston architectural firm, Perry Dean Rogers, designed the renovation, with constant input from a committee of students, faculty, the residential college dean and the master of the college. During 2000-01, Saybrook students lived in the swing space dormitory and took meals in Commons. While the college was closed, the ambitious renovation project provided many new spaces, including an elevator-accessible administrative suite under the arch connecting the courtyards, a new special function room in Entryway A that may be reserved for art exhibitions through the Head of College’s office, and many significant program spaces in the basement, including Underbrook, a theater space created from what had originally been built in 1933 as two squash courts (but which no longer conformed to official standards). Additionally, air-conditioning was added to all public spaces, including the common room, library and dining hall, and an elevator provides access to all public spaces. Student rooms have been reconfigured and refurbished, with some splendid results. For example, a twelve-person suite that features a large barrel-vaulted common room now occupies Wrexham Tower.
Throughout the college, the housing features a greater number of single bedrooms within suites, organized around common rooms with handsome, original oak woodwork and fireplaces (non-working) and panes of stained glass from G. Owen Bonawit.As part of the renovation project, designers programmed new student furniture for all dormitory rooms. The committee that worked with the architects selected new furnishings for all common spaces, including the library, common room and basement. Maintaining these spaces in good condition will require the cooperation and attention of all Saybrugians.   In 2005, in the interest of maintaining renovated spaces in excellent condition, floors were sanded and walls painted throughout the college.

Two new entryways were created as part of the renovation, and the college council voted in 2002 to name them for distinguished alumni of Yale who had been overlooked at the time of the original building of the Memorial Quadrangle.  The Bouchet entryway (Dean’s Office entry) honors Edward Bouchet, Class of 1874, PhD 1876, the first African-American graduate of Yale College and a distinguished scholar.  The Marsh entryway (chair lift entry, under the arch between the two courtyards) acknowledges O.C. Marsh, Class of 1860 and founder of Yale’s Peabody Museum.